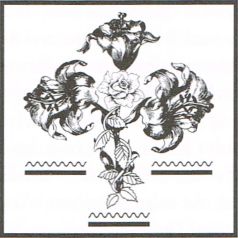 See FIGU - No interference with the raising of children

...if all knowledge was simply tossed out to them like feed and they fed on it thoughtlessly and without processing, then it would bring no proper success, but rather only a certain school-knowledge, while the undigested remainder would be secreted again as excrement.

In other words: Everything undigested would be forgotten, and would therefore be completely useless.

But if a certain minimal material is offered, which can be thoroughly further worked on and success can be progressively achieved, then the knowledge persists in a firm form and can, at any time, be transformed into wisdom and expanded.[1]

23rd May 2018, taken from https://www.facebook.com/figu.org/
Source: http://beam.figu.org/artikel/1527080139/richte-nicht
Translated with www.DeepL.com/Translator

You, man, often talk about how much the children can learn from the parents, but you hardly talk about how much the parents and the adults in general can learn from the children. We are talking specifically about judging others. As a rule, everyone does: something is read in the newspaper, something is heard on the radio or seen on television about people you do not know, and yet you dare to judge them. In the same way you judge your friends, your acquaintances and even your loved ones, your brothers and sisters, parents and relatives, without feeling guilty about it. But by playing yourself as a judge over your neighbour, your fellow human beings, you elevate yourself above creation, for it as universal consciousness and universally highest energy and power never dare to judge itself, neither over any human being, nor over any other form of life. Only you, man, play yourself up as a judge and judge others, your kind, fellow human beings who think differently than yourself. But you are not entitled to a judgement, for you are as defective as the one you judge, even if you think yourself to be better than your neighbour, over whom you rise and judge. A quick judgement is always a prejudice, and that in turn is a judgement. Such action is alien to creation, for it does not judge or condemn, nor does it seek recognition, as it is inherent in man through false values. In the same way you should act as a human being, behave as such and cultivate the dignity of being human, take responsibility as a human being and not seek recognition, but strive for the good that is in you as well as in every other human being. Dedicate your time in this world to love, peace, harmony and freedom, and let the old word in you become truth and reality, which says: "Love your neighbour, your fellow man, and do not judge or condemn him". Only then will you become a real and true human being.

Children, Young Ones and Grown-ups

That Which is Sensible, Dignified, Valuable

All throughout the world, in all groups of human beings and in all walks of life, children and young ones who are filled with joy for life and filled with good ideas and thoughts of love, peace, freedom and harmony, are to be encountered. All of them are human beings who very directly and honestly take a stand for the good, for the progress and for the evolution in all areas of the human existence. And they do this much more precisely, intensively and keenly than the politicians, the mightful ones of the state, the sectarians and the small and large religionists. And actually, in this respect, it is a true joy to encounter such children and young ones, because they convey the thoughts, the feelings and the knowledge that, in the face of all wars, all misery and all need, all criminality, murdering and destruction, the will towards the good and towards an existence worth living is not lost at all. In them, in these young human beings, ideals of a good world, which can be created and is not lost, still exist, if the human being consciously and willingly strives for the good. These young and hopeful human beings are the ones who are due all the attention and love of the humanity, because they will be the ones who will know how to prevent a lot of calamity in the coming time.

It is very essential with the young human beings that they provide themselves with their own comprehensive education, from which they create knowledge, love, inner freedom and harmony, inner peace, happiness and joy, as well as capabilities and other values, which they are able to bring to fruition and productively carry out into the world and amongst the humanity. They, the children and young ones, the young human beings, must create for themselves the possibility for their progressive and generally advantageous expansion in every respect, because the parents and the entire entourage of teachers, politics, religion and military, etc., are not capable of this task. The young human beings must acquire their knowledge and their capabilities and possibilities themselves, namely, both in respect to the development as well as in relation to the fundamental human characteristics and values. Unfortunately, today, the majority of the grown-ups are not capable of teaching all the high values of the life to the children and young ones, because they have never learnt them themselves. Even all the responsible ones of the religions, the sects, philosophies and governments, as well as all classes of paedagogy,[2] are not capable of fulfilling this duty and consequently are also not capable of bearing the responsibility for it. However precisely they would be the ones, besides the parents, the grandparents and all grown-ups involved in the education, to instruct, teach and bring up the children and young ones in regard to all the necessary concerns of life. In fact, the fundamentals of life are actually laid in the childhood and youth, and out of these fundamentals arise the mode of thinking and the world of feeling founded from it. The years of childhood and youth make up the decisive time, during which the young human beings take in, work out and evaluate the most important teachings for the life. What is acquired by the children and young ones during this decisive time forms them for the whole life and has a profound influence upon the course of their entire existence.[3]

The intelligence of the human being does not unfold only in maturity, rather as early as in childhood and youth. However this development is connected with very many questions which arise in the young human beings and must find real pertinent explanations, which are to be given by those to whom the questions are asked. Children and young ones are therefore characterised by a quite special and very extensive thirst for knowledge, and precisely this forms the basis for the consciousness-based, personality-conditioned, character-based and virtue-based growth and for the foundation of the world of thoughts and feelings, as well as for the conduct. However, in this basis, the form and mode of handling the teaching of the life is also included. Therefore it is very important that the young human beings take an interest in anything and everything, in the how, where, when, what and why, in the world as well as in the closer and further environment, in the birth, the life, its way and how one conducts it, in the dying and the death, in the human beings, their thoughts, feelings, emotions and the love, in the psyche, the consciousness, the nature, the universe and the outer space, the ideologies, and so on and so forth.

Normally children and young ones are still free and open and do not inquire about the race and religion of the next human being with whom they strike up a relationship. The skin colour is also not important for them, not the body size, also not the social class, to which the male or female they are becoming a friend with belongs. And children and young ones who are still pure-minded also do not inquire about riches or poverty of those whom they amicably or simply companionably want to associate themselves with. Solely the fact that the one or the other is a human Wesen[4] and that an associational relationship can be built up with him/her is important for them. If such honest relationships then do not become dysfunctional and are not destroyed, then frequently they are able to last for an entire lifetime.

Not only children and young ones behave according to their age, because truly also very many grown-ups behave like children and young ones. Oftentimes it can indeed be observed that young human beings, in their entire attitude and in their knowledge as well as in their cleverness, act a lot more grown-up than the grown-ups themselves. In the observing and considering and assessing of grown-ups, the impression frequently arises that they conduct themselves like spoilt and bad-mannered children and would require a strict education. Such grown-ups have learnt nothing in the school of life and have missed out on the teaching of the life in quite a few respects, and actually they would be just mature enough to be granted an education and disciplining.

Thoughts about neutrality in everyday life