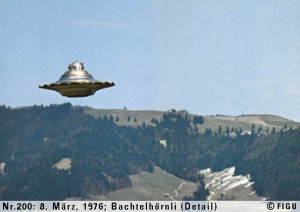 More images of Beamships in the Image Gallery

The following is a chronology of mentions of Beamships in the contact reports.

In contact 1 its explained that the Beamships may be subject to fraudulence if they are openly shown to the public.

In contact 4 its explained how the Beamships are hurtled into Hyperspace.

In contact 213 its explained that "a large Plejaren Beamship was stationed high in the atmosphere over Bethlehem."

In contact 215 its explained how a Beamship from Reticulum systems crashed in the North American desert and was subsequently concealed from the public by the military. 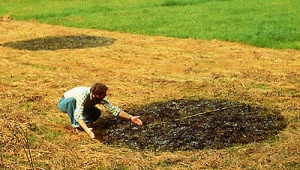 In contact 229 Its explained that Elia was flown to Srinagar/Kashmir in India by a beamship on April 7, 842 BC.

In contact 251 various styles and shapes of Beamship were discussed.

An audio recording of Beamship Sounds occurred 7 July, 1980, and was subsequently analysed by various audio professionals.

The beamship's form existed even before the first idea for manufacturing a frisbee was glimmering in the head of a person in the last century. According to the Plejarans this form is the most suitable for travelling through space which is not empty, by the way. There are dust particles, gases, etc.

And the disk-shaped form is very suitable to fix/install their propulsion system.[1]

Why are beamships photographed behind objects

Why the Ets and billy always take pictures of the beamships near trees and others things?, that see as the ships where nailed to the trees and supported by a bean behind the ships.

Understanding the scientific principles and the natural laws

Beamships are essentially a flying human-made machine. While they come from a variety of sources in the contact reports, they all conform to a set of principles, which causes them all to resemble a very similar disk, saucer, torus, rugby-ball etc shape.

While in space it really does not matter of their shape, size or design with the exception of certain space conditions, like for example clouds of interstellar dust (nebula) or certain planets that are surrounded by an exceptional debris field of space junk. However while within a planets atmosphere the situation is different when it comes to shape and design thereby once again reworking these design conclusions. The reasons of which comes down to 'scientific principles', dynamics, gravity and resistance etc. While the actual propulsion system itself also requires this torus shape in order to be stable and manoeuvrable, which may be thought of as a mini-particle accelerator. Also restraints occur in the actual building materials, their properties and interaction with other materials as any scientist will explain. Oxygen for example is a corrosive substance, in this way longevity becomes a factor. While on earth the longevity of the various alloys, metals and materials are delicately chosen specifically for their shortened economic life-span. So that the technology can be re-sold within a short succession. An advanced civilization is likely to develop and choose these materials so that an incessant return to this manufacturing process and research efforts can be avoided over a greater time.

In other words its the Natural Laws that play a decisive role in the conclusions of these flying devices design and manufacture. While these conclusions evidently are commonly seen for all advanced civilizations developing this technology, because the Natural Laws are not subject to change in the progress of evolution, which applies to the whole universe. In this way humans of other worlds will encounter the same technical obstructions and endeavours as we on this world will encounter.

Additionally when travelling at such great speeds, it becomes important to deflect various particles and materials without having them accumulate within what would be described as a strangely or illogically designed beamship. If the shape was for example a cup or dish shape with wings wrapping around it preventing the smooth flow of air across its exterior, it would begin to spin upon reaching a certain speed, because of atmospheric resistance. It would also have to be cleaned of blockages after each flight, which is not efficient, susceptible to damage and may also make the craft dangerously unstable over the shorter and longer term.