Note to Webmasters: Please insert a link to your website on this page if it is related to Billy Meier in a neutral or neutral-positive sense. Thanks - FoM Webmaster

The Zürcher Oberland ("Zurich highlands") in Switzerland, is the hilly south-eastern part of the canton of Zurich, bordering on the Toggenburg, including the districts of Uster, Hinwil, Pfäffikon as well as the Töss Valley as far as the district of Winterthur. 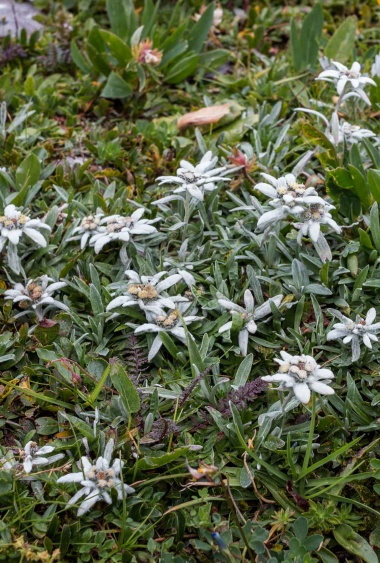 A mountain flower belonging to the daisy or sunflower family, Asteraceae (Angiospermae). It prefers rocky limestone positions at about 1,800 - 3,000 metres (5,900–9,800 ft) altitude. The dense hair appears to be an adaptation to high altitudes, protecting the plant from cold, aridity, and ultraviolet radiation. Difficult to find and short-lived (hardy perennial). Leontopodium nivale, commonly called edelweiss (Edelweiß), a compound of edel "noble" and weiß "white". The scientific name is a latinisation of the Greek leontopódion, "lion's paw". According to folk tradition, giving this flower to a loved one is a promise of dedication. A crop from the original image taken by Martin Dürr CC2.0 in Reichenau an der Rax, Lower Austria, Austria on the 2nd of August‎‎, ‎2016.

There is a song named after the flower, which has been included on the Peaceful Music page, Richard Rodgers - Edelweiss (YouTube external link)

Other Billy Meier or FIGU-related Sites

You may add language relevant links here and additional languages, even if there are no URLs discovered for that language yet, if you would like to, but please no ancient languages even if that is interesting, there are other areas of the website for that. Please no strongly negative or for that matter strongly positive links, we're looking to present reasonably neutral website links here. If you discover broken links, dead links, inappropriate links etc., thank you for letting us know in the comments section - or logging in and amending them.

With nearing ten thousand million human beings on Earth you’d think we could find some similar individuals wouldn’t you, well we can’t.

Truth is there are no similar authors in the whole world and in all history, because BEAM, FIGU and Plejaren have pointed out things that few ever saw or knew before.

The Webmaster's Other Websites