Difference between revisions of "Future Of Mankind:Community portal" 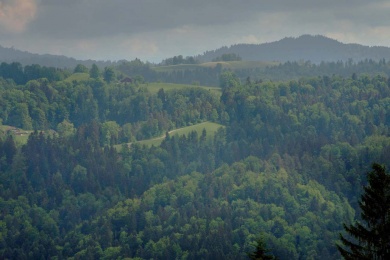 Basic info below each recording, see Contributing Content if you would like to help us add or amend information here.

Michael is very good at bringing life and reality into it.

Christian Frehner is a core FIGU member and is the main English language link.

Did I make a mistake with the Billy Meier material.

Rem Robinson is an editor of the website and member of FIGU-Interessengruppe für die Missionswissen Colorado.

Ruben Dari has a youtube channel called Teachings Of Life, has read some of the Books and is a member of FIGU-Landesgruppe Canada.

Suzy Meszoly is a spiritual person, Michelle DellaFave was pulled in involuntarily because she looked like Asket briefly when she was between 20-30, Christian Frehner, Billy Eduard Albert Meier.

Phobol Cheng is in the Contact Reports and in the Witness Matrix.

Billy Eduard Albert Meier speaks Swiss German and has a much broader vocabulary in that language than in English.

OBSERVATIONS
Nick Pope is a Money grabbing Charlatan. I have his book and he has a photograph of Billy Meier UFO in there and admits the Meier Case is real. But he didn’t talk about Meier, just added his pic and his book was PRO UFO. he wasn’t saying one single case was a hoax. Perhaps he was just using Meiers case as a stepping stone to just think of as many UFO cases as he can and declare them all true as a way to promote his book and get a book deal. His book was marketed as PRO UFO. it sells good to the gullible people! maybe deep down, he doesn’t believe any UFO stories.

REQUESTS
We need to present a list of ‘high quality sceptics’ on the website under the evidence section, as a community. They must be pleasant, reasonable, thorough, but succinct, accurate, honest. It is important to have scepticism because we don’t like beliefs, but those individuals on the list must not cherry pick what they want to see, because this is also what is bad about the current selection of sceptics. We need a selection of sceptics who have looked at everything and weighed it up, it’s not fair to highlight those individuals who think they’ve really discovered something and have focused on the fraud photos which FIGU have distanced themselves from for over 20 years. Any newbie shallow knowledge individual looking in, who is sane, and who reigns from an non-religious backdrop, will be looking for the scientific sceptics opinion; someone who has reasoned successfully with it, we need to provide them with a list of ‘high quality sceptics’. There are a few quality sceptics available, but none of those persons capable of putting the list together care about it, I hardly blame them, but new persons then find the Phil Langdon and Kal Korpf, I suppose this is their own fault for being gullible and pre-stupid, but a list of quality reasoning sceptical persons accessible to them is compassionate. But a name and a link is enough, no convincing of anyone. If they’re stupid enough to not be able to see this all deals with reality then that is not our concern.

IMPRESSION
They address vital world issues like the crusade against overpopulation, the fight against the abuse of women and children, the protection of animals, human rights, and the struggle to save Earth and its plants, animals and human life. They teach valuable truths, science facts, our real human/earth history, predictions, and prophecies. Members work hard publishing, distributing, and keeping the texts for the future of mankind. I highly recommend to honestly research FIGU with an open mind when truly ready and searching for meaning in life.

COMMENT
I have found FIGU's information to be the truest, most valuable information ever shared with the human beings of Earth.

OPINION
Whoever that seeks the truth ends up here.

OBSERVATION
Similar names. The reason you may have noticed there are many similar names and surnames in this globally spread BEAM community is because basically we've been using the same and similar sounding names for thousands of years. England began adopting surnames some time after the Norman conquest in 1066. There were seven types; 1) Occupational, 2) Describing a personal characteristic, 3) From an English place name, 4) From the name of an estate, 5) From a geographical feature of the landscape, 6) Patronymic, matronymic, or ancestral, or 7) Signifying patronage. The surname 'Moore' for example comes from a geographical feature of the landscape, called a moor today, from germanic origin mōr. First names that are similar and same, are the ones that have been used for a long time: James comes from Latin Jacobus, which gave rise to Jaime in Spanish. Daniel, Joseph and Michael are of Hebrew origin. Stephen, Steven(s) and Stefan comes from the Latin Stephanus, which is from the Greek Stephanos - we could go on like this for an hour, many names come from there. The unique names and surnames on the other hand have different origins, or perhaps have no history at all. Contact Report 125 has some of the ancient names which were common on Earth about 14,000 years ago and were brought by the Plejaren's direct ancestors, if that is of interest to you. There is a book about these ancient names under Books. The 'Eastern Cultures' have a slightly different thing up to the present time in terms of evolution, but several things there also has a similar origination.

ADVICE
Advice generally: You can get yourself into very serious trouble for attempting to help others today; providing assistance, talking, recommending, advising etc., the advice is not to. Unless careful considerations are made e.g. they’re asking specifically for specific help or maybe you know them very well, even then be very cautious - that is about general advice. BEAM originated advice is even more sensitive, it’s been written up here: FIGU#Talkativeness and Performing Missionary Work. The BEAM information is very far reaching and frankly dangerous as it traverses a whole variety of levels. One might consider reading Attempts on Billy's Life and Wise Advice. It might even be a good idea to never tell anyone, where you live, that this information has interested you at all. Except maybe certain close ones and close family members etc., where trust and an overlap of interest may exist. If you think about it for a good moment, the local police, authorities, local scientists, regional military, regional academics and educators of all kinds, local and national historians etc., etc., are not going to support you in these interests are they. Even if they didn’t think of you as nuts/mildly crazy, they certainly would not openly embrace what you had to say and the opinions that you have to offer would they. Because it has nothing to do with their education, training, knowledge, accepted facts and history, it’s not going to be recieved well under the vast majority of circumstances is it. The information is one step further than the majority are prepared to go and even if that single step unravels many things, unravelling is not always right, it still isn’t necessarily going to be appreciated, likely to get you into trouble. Many have experienced this over the decades, e.g. branded locally as nuts, lost their jobs, broken relationships etc., and reported it on the FIGU Forum so you don’t have to attempt it yourself. Use this information for your own benefit and personal education like it has been recommended. Michael Horn and certain one’s, have built up what they are doing gradually over quite some time and if you notice, there are many limitations and areas they simply never talk or write about. They’ve got into plenty of trouble over the years for regurgitating BEAM and FIGU information. Approach it all with care.

COMMENT
Connecting with likeminded folks on the internet seems to be possible and much less hazardous. One could theoretically happily go along to their national or regional FIGU meet up and talk with other folks about it there without necessarily having to tell everyone back home where they had gone and what they had spoken about which interested them.

OPINION
It might seem to be nice to share with others, but it boils down to whether they have any interest in it whatsoever, just like it is with a great many interests. Try it one time to see and confirm it is not interesting to them.

CONFUSED OPINION
I don't see how Billy could be in some lineage of prophets which include the Abrahamic prophets of Judaism. Those didn't speak at all of extraterrestrials. If the term Gods was falsely manufactured to refer to extraterrestrials by 'cult religions' and European politicians then how was Muhammad a prophet.

CONFUSED COMMENT
but wheres the evidence? this is just empty talk﻿

QUESTION AND OPINION
Why doesn’t Michael Horn in his long presentations ever bring up the big secret that we are genetically modified and our life expectancy and history is short with plenty of psychopathy in between because of that? He covers many subjects in his interviews and lectures, why doesn’t he tell the older folks in the room ‘you’re going to die in a decade or two, and don’t delude yourself about it, that’s soon’, because for many folks this big secret is much more impressive and explanatory of the story than most of the other stuff he ever talks about. It’s also more enriching as a subject for his presentation interviews, I mean in the last few hundred years we’ve basically discovered everything again, is that surely more exciting as a guest presentation piece and perspective device for evolution-scientists and religious-scholars than talking about the silly sceptics and their arguments? We’re interesting, why not celebrate that by opening some champagne with a scientist now and again.

Project:Help - Requests for help and assistance.
We communicate by email, the website owner can put you in contact with helpers, the main page has an email. You may also write below a paragraph summarisation of your project, its state of completion, and the help you are seeking with it, please add a date to an entry.

Currently seeking editors knowledgeable and interested in helping with the Problem-solving (mysteries) page.